Fill the form. Our representative will get in touch with you soon 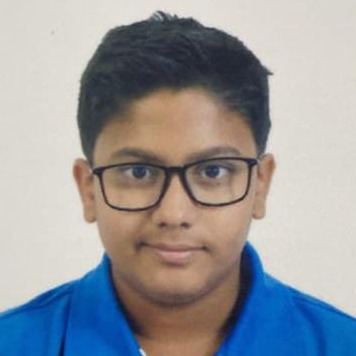 The game of cricket which is one of the top 10 most popular sports in the world today, is an insanely genius invention by some children in the late 16th century. Although it was invented by those children to amuse themselves, adults began to take interest in it. There are records of cricket being played by the rich and elite classes of the society in the early 17th century.

The first definite reference of cricket was in 1597. A court case in England concerning an ownership dispute over a plot of common land in Guilford, Surrey, mentions the game of ‘Creckett’. The name of this game underwent misspells and eventually ended up being ‘Cricket’. The name may have been derived from the Middle Dutch, ‘Krick’ meaning a ‘wooden post’. While initially the game was being played with sticks the bat became the standard over time. As the game became popular and started being played at international level newer standards began to be introduced. Currently, the International Cricket Board, the umbrella organization for international cricket is the authority that prescribes rules for the game as well as standard safety gears, bats and balls.

As the game evolved, it became a game played over a number of days where each side will bat and bowl twice. It was not until the late 20th century that newer and shorter formats of the game were introduced. The one day 50 over format was the first modification, the 20 over format was introduced in the 2000s and the 10 over format is the latest introduced format.

Cricket entered in India along with the British. The British officers played cricket amongst themselves. The Indians learned after mimicking the British officers’ game. India’s national team played its first International match on 25th June 1932 in a Test match at the iconic Lord’s Cricket Ground, becoming the sixth team to be granted Test Cricket status. From that day India had to wait for 20 years for its first test victory. The Indian team finally got stronger and started gaining strength and domination in the 1970s.

Quite naturally, cricket in India first became popular among few sports enthusiasts coming mostly from elite sections. It took a long time for it to become a popular sport around the later part of 20th century. The world of cricket then was dominated by England, Australia and West Indies. The Indian team starting as ‘underdogs’ began to challenge the established hierarchy and showed sparks of mastery through pioneering athletes such as M A K Pataudi, Sunil Gavaskar, Farouk Engineer, Ajit Wadekar. Pakistan, a part on undivided India until 1947, shared this legacy of beginning the journey of cricket together with India. This made practically 5/6 teams eligible to be playing international cricket. The teams in Indian subcontinent will play one season of cricket either at home or abroad with one of the three international teams.

Then came 1983 when the Indian cricket team under the captainship of Kapil Dev won for the country a great new honor by winning the World Cup. This saw emergence of a new breed of young cricketers coming of age and confident and determined to challenge its underdog image. While it took another 28 years for India to repeat such performance and win the World Cup – the sport had meanwhile become extremely popular – being played in various format and form across any open ground and even street corners.

In 2008, India launched its Indian Premier League – consisting of 10 teams who bought franchise for the same. The teams begun bidding for popular domestic and international players and playing cricket became a sought after profession among aspiring youth of the nation. In 1976, India formed its women cricket team who started to participate in international arena.

Cricket, today in India therefore has taken the form of almost a religion. What has led to this popularity of the game unlike any other? Since the beginning, India has produced many cricketing legends such as B.S Bedi, G. Vishwanath, Sanjay Manjrekar, Sunil Gavaskar, Kapil Dev, Rahul Dravid, Mahendra Singh Dhoni, Virat Kohli, and even the “God of Cricket” Sachin Tendulkar. What made them such stars and what was their contribution to Indian cricket?

To get to know answers to these and many others stay tuned and read my next article----------:)